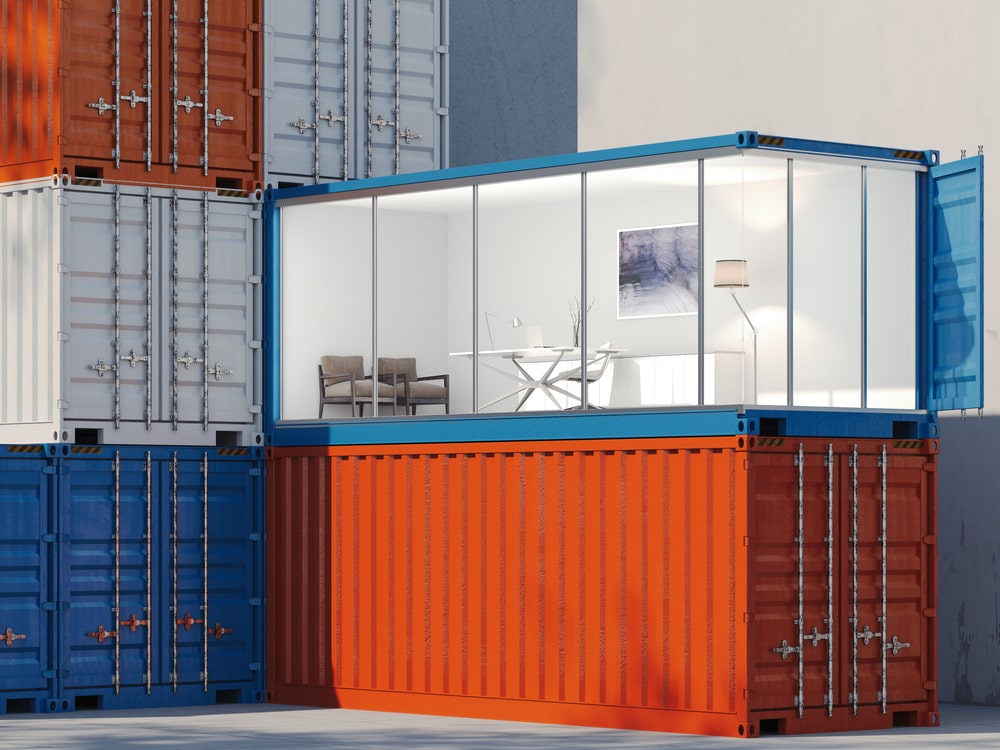 Constructing single-family homes and offices with shipping containers is nothing new. Builders have been doing it for quite a few years. But now, a first of its kind project in Salt Lake City will result in a new six-story apartment building offering 83 units to low income earners – all built with discarded shipping containers that would otherwise have gone to waste.

The shipping container craze has been embraced in recent years by people who are avid fans of recycling and minimalism. And why not? Shipping containers are built to last. They are tough, stainless steel boxes more than strong enough to act as a shell for housing. And as long as they are being discarded, someone might just as well put them to use.

To that end, building single-family homes with shipping containers is fairly simple from an architectural standpoint. Building multi-story apartment buildings is another matter. But one enterprising Salt Lake City company has figured out how to do it economically.

Breaking Ground on a New Idea

The Salt Lake Tribune reports that Eco Box Fabricators broke ground on their six-story shipping container apartment building in late January 2020. The company hopes to have the units ready for rental by sometime in the summer of the same year. When all is said and done, the units will be rented to tenants who earn less than the city’s median wage.

It turns out the project has been a long time coming. Company officials have been working with the city for more than a year to address all sorts of potential issues. The city finally got around to issuing permits in January that allowed the project to get underway.

Salt Lake City previously approved building single-family homes and in-law structures from shipping containers. As a result, builders have been doing a very good business in the area. Not only are they building homes, they are also constructing office space. It was probably only a matter of time before someone came up with the idea of constructing apartment buildings.

CityHome Collective, a Salt Lake City real estate and design firm, explains that Eco Box Fabricators is meeting a very real need with their new project. They explained that Salt Lake City is in the midst of an economic boom with new companies moving in and workers migrating to the area. There simply aren’t enough homes for sale in Utah to meet the demand.

Local inventory offers plenty of luxury homes, lofts, and condos to incoming residents who can afford higher housing costs. Yet the city lacks in affordable housing for those on the lower end of the income spectrum. Shipping container apartments are aimed at meeting their needs.

Building with shipping containers is cost-effective because builders are starting with a stainless-steel shell that is ready to go. The containers are all of uniform size as well, so they are easily stackable and configurable. This cuts down on architectural and design costs.

Once stacked, it is a simple matter of installing mechanics and interior spaces. Shipping containers lend themselves very well to modular construction, meaning that the individual apartment units can be built in a factory setting and then trucked to the site and installed. All of this makes for faster, more efficient, and cheaper building.

By the end of summer 2020, Salt Lake City will have 83 new apartment units for low income earners. Thanks to steel shipping containers that would otherwise have been discarded, a bunch of families in need of affordable housing will have a new place to call home. Salt Lake City is thankfully smart enough to embrace this new building concept.

Purchasing Phuket Property – Are You Ready to Take the Leap?
Financial Tips to Consider After Earning a Profit from Selling Your House